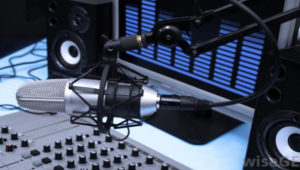 Jonah 2:22 He said: “In my distress I called to the LORD, and he answered me. From deep in the realm of the dead I called for help, and you listened to my cry. Zephaniah 3:1717 The LORD your God is with you, the Mighty Warrior who saves. He will take great delight in you; in his love he will no longer rebuke you, but will rejoice over you with singing.” 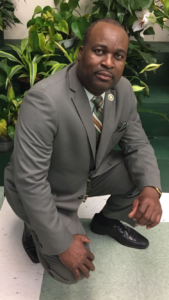 This well, known influential and respected man in the N.Y.  Haitian community holds a degree in Business. However, since 1988 pastor Yvons has embarked himself in a pro bono mission to promote and preserve the Haitian culture. On television, Mr. Yvons hosted many shows such as Rendez-vous avec nos artistes Chretiens and Junie Docteur and also an animator for Radio Verite in New Jersey.

Started his education in Haiti and continued in New York  city. Yvons also went to Rockland Community College to Further his education in Business and manage to maintain his position as a married man and as father of 5. Yvons is Fire fighter, he’s a Chaplain the rank, he’s a Major. Also Yvons is a member of Police reserve Association City Of New York ,Yvons was the board of director of head start of Rockland. Yvons was a treasurer for many years in Hasco organization and also was the chair person of the Democratic party for Spring Valley. Yvons was a taxi commissionaire for the taxi driver and did the liaison with the police chief and also NYPD 83rd PRECINT CLERGY COUNCIL. He’s machine espacialist for the board of election in Rockland Country appreciate a lot for his work in the community. Yvons is a HUMANIST and has received many awards. In  2013, Yvons received two certificates from the City Council Citation also he certificate from the CLAMOR POR NEW YORK CHAPLAINCY  DEPARMENT as a major. In December, 2015 he graduated from The New York City Police citizens ACADEMY Yvons received a lot of proclamation from country representative from town supervisor .In 2007 he  was the grand Marshall from IFG PRODUCTIONS parade of unity.

Dear friends, let us love one another, for love comes from God. Everyone who loves has been born of God and knows God.

Though the mountains be shaken and the hills be removed, yet my unfailing love for you will not be shaken nor my covenant of peace be r” says the LORD, who has compassion on you.